2. The Android army marches on 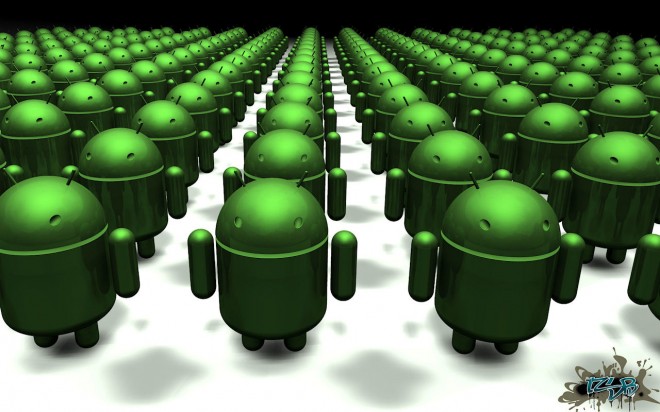 This was the year that Android really grew up as a platform and Google’s mobile gamble appears to be paying off in spades. The platform is already covering its costs through mobile advertising and it really is turning out to be Google’s best deal ever.

The Android platform is now routinely the top-selling mobile OS in the United States and every major carrier and almost all the top-tier handset makers are on board. If you exclude the Apple iPhone, it could be argued that the best smartphone on every U.S. carrier is an Android device.

While no single Android phone has been able to outsell the iPhone, the little, green robot is seeing skyrocketing sales with little to detract from its momentum. It may just only be a matter of time before it becomes the largest mobile platform in world, although Symbian won’t go down without a fight.

It’s not just sales though, as Android is now a platform that brings the goods. This year, we saw Eclair, Froyo and Gingerbread updates. These delicious-sounding updates to the Android OS brought some excellent features to the platform, like auto-updating of apps, strong voice-to-text support throughout the OS, and NFC support for Google HotPot and potentially mobile payments in the near future.

Some of the marquee Android handsets this year included the EVO 4G, myTouch 4G, Samsung Galaxy S lineup, Motorola’s updated Droid lineup (the Droid X and the Droid 2) and, of course, the ill-fated Google Nexus One and the just-released Nexus S.

It’s not just smartphones either, as Android found its way to a variety of tablets and even to your television with Google TV and the Samsung Galaxy Tab. Look for a glut of Android-powered tablets to hit in 2011 – you should even see that little, green robot in things like cars and set-top boxes.

Not everything was bright and rosy though, as a few cracks began to show up in the Android armor. The specter of fragmentation loomed its ugly head, although some would say that’s overstated. Still, there are many Android handsets that don’t have the most modern version of the platform and that definitely stinks. We’re also going to see various third-party app stores from Amazon, Verizon and others and this may further segregate users from the apps they want.

Perhaps more troubling, Google may have shown its ugly side with Android. Skyhook alleges that the search giant is using its influence over Android to squeeze competitors out. Yes, the platform is open but if you want to use Android OS with Google-made apps, like Android Market and Gmail, you have to pass Google’s unspecified criteria. Sure, it has let Verizon and AT&T load different search engines on various handsets but none of these have been top-shelf devices. If Verizon decides that it wants to have Bing on its Droid lineup, would Google object?

Check out the video below for a walk through of Android 2.3 Gingerbread, the latest and greatest version of the platform.