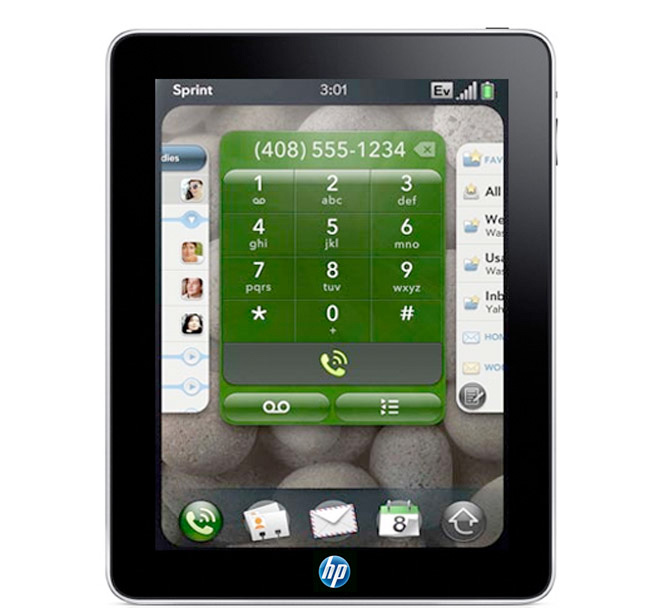 At the beginning of the year, things weren’t looking so great for Palm. The company that pioneered the smartphone space, with early connected devices (like PDAs) that would eventually make way for true smartphones, was on its last legs as the Palm Pre and Pixi failed to capture the enough of the public’s imagination to mount a successful comeback.

Palm CEO Jon Rubinstein insisted it could survive as an independent company even though rumors swirled that Palm would be purchased. We heard whispers that Nokia, RIM, HTC, Lenovo and others would snatch up the valuable webOS platform (and the litany of patents that Palm has accrued over the years).

As good as the platform was, the smartphone space was quickly becoming a waltz of elephants and Palm just didn’t have enough cash to compete against multi-billion dollar companies like Nokia, Microsoft, Apple and Google.

Finally, Hewlett-Packard stepped in with a $1.2 billion offer and snatched up the creator of iconic devices like the Treo and the Centro. HP was kind of an odd fit at first, as it had a fledgling smartphone unit built on Windows Mobile and it is not known for its innovation in the mobile space. But as the deal closed, it became clear that HP could be a perfect partner for Palm, as it has the resources to really let webOS compete at scale.

HP is one of the largest tech companies in the world and it will clearly put a lot of resources behind webOS. HP also knows that the future of computing is changing thanks to smartphones, tablets and connected devices and the company smartly wanted a platform of its own to build for this future.

We have yet to see anything significant emerge from this deal. Sure, the Pre 2 looks like a decent upgrade on the original Palm Pre and webOS 2.0 looks spiffy, but this isn’t the type of hardware that’s going to make Apple, HTC or Samsung lie awake at night.

It takes a long time to design and produce high-quality products and a mega-acquisition of this nature probably led to some delays as well. HP has even said that it will take some time before we start seeing the killer webOS devices that many of us want.

Hopefully, we’ll start to see the beginning of this in January at the CES 2011 Las Vegas conference, as many of us are hoping that the oft-rumored PalmPad will make its appearance. I believe that webOS would scale magnificently on a tablet and if the company can get the hardware and pricing right, a webOS-powered tablet could be a home run.

It’s going to take more than just a fancy tablet though, as the mobile phone market still dwarfs tablets on all fronts. We need “HPalm” to crank out some high-quality devices on multiple carriers before we can make a judgment on whether the deal is a success. We’re hoping to see some exciting things from HP in 2011.