3. Microsoft swings for the fences with Windows Phone 7 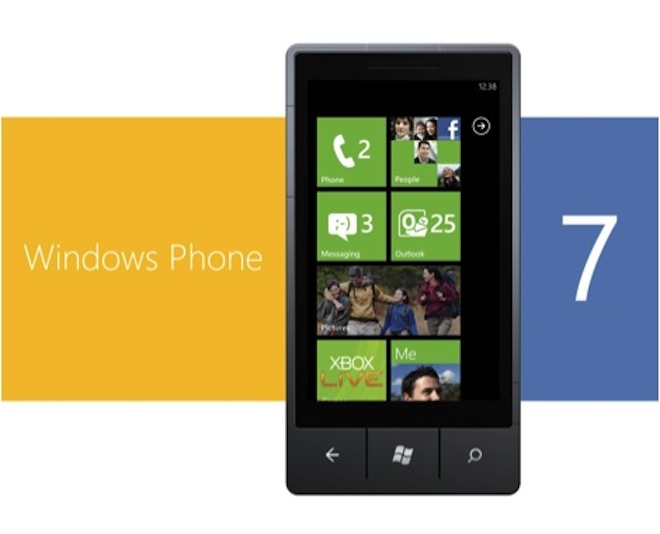 Microsoft was an early leader in the smartphone world with Windows Mobile but it was thoroughly outpaced by the likes of Apple, Android and Research In Motion. Microsoft CEO Steve Ballmer even admitted as much after years of denial. In 2010, the company got its act together and started on the road back to smartphone relevancy with Windows Phone 7.

Windows Phone 7 is a refreshing take on the mobile computing experience, as it utilizes a new tile and hub interface. This is supposed to make it easier to jump in and out of your phone to get the information you desire without having to worry about being transfixed by your phone – check out the company’s series of ads.

Microsoft appears to be taking a bit of a mixed approach with the platform. Like Apple, it is the only distributor of apps and it is issuing strict guidelines for device specs how the software should look. But like, much like Android phones, Windows Phone 7 phones will come in a variety of form factors so you can choose which type of smartphone suits your needs.

It will be tough for Microsoft to immediately match the sheer volume of handsets that its competitors have managed to get to market, but the launch portfolio shows that the company is taking this space seriously. There will soon be 10 different handsets on more than 30 carriers around the world.

Microsoft knows that it will need to make a compelling case for app makers and the Windows Phone 7 apps will be based on Silverlight and XNA. That can be a good thing for some developers, as the tools and ecosystem around these development environments are fairly mature and it could make porting some apps easier. It also doesn’t hurt that Microsoft is paying developers for apps.

Is it too late? The platform is pretty good but it’s not quite as mature as the iOS, Android or BlackBerry platforms. There are still multiple things to hate about Windows Phone 7, although most of those will be fixed with future software updates. The early sales also don’t appear to be blowing anyone away, either.

With that said, I think Windows Phone 7 is one of the best 1.0 smartphone platforms I’ve ever seen and I’m extremely anxious to see how well Microsoft can iterate its platform. I get the feeling that by this time next year, Windows Phone 7 will be an extremely compelling smartphone OS – as it is now, I think it’s a solid one. As it stands, WP7 boasts at least 10 things to love.

Additionally, the market for smartphones is just starting to explode. Microsoft wants to dominate this space but it could still have a few hundred million Windows Phone 7 users and be firmly in third place in a few years.

Check out the video below for a walk through of the software and feel free to read the reviews of the HTC Surround, Samsung Focus, LG Optimus and the HD7.